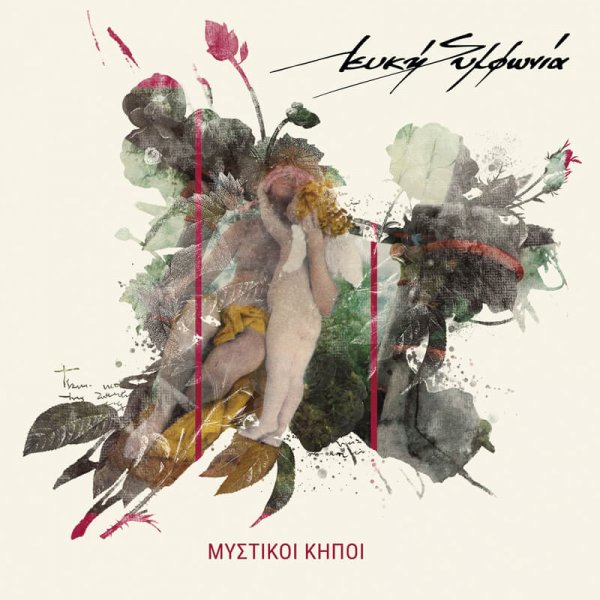 Re-isssue of a gem of the greek dark sound scene from Lefki Symphonia.

Remastered from the original analog master tapes from Nikos Stylidis of Labyrinth Of Thoughts. Artwork by Melanie Merges Dimitriou.

“Mystiki kipi” was released in 1986 and is a landmark of the Greek 80’s post-punk, new wave scene.

A side contains an unreleased song from the album recordings titled “Melancholy” that completes the original first edition.
B side consists of a 7 songs live set from 1986 with three unreleased tracks.