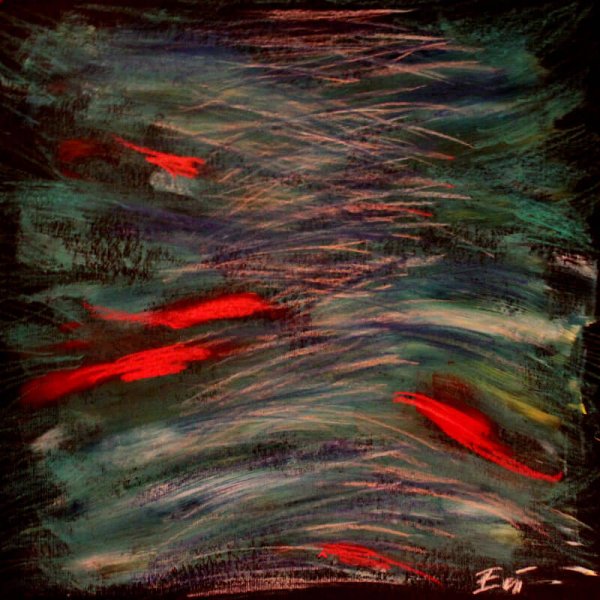 Echo Tattoo’s “Mind your Step” is released for the first time on vinyl through Labyrinth of Thoughts Records, in a special limited edition of 200 copies. Each album cover is a unique copy of her original painting “In the Deep” hand painted by Evi Hassapides Watson herself on special paper she hand-picked for this purpose.

The vinyl edition includes an additional track titled “She move” which was recorded on a four-channel tape recorder around 1993.

Re-mastered especially for vinyl by Nick Stylidis, the album contains alternative mixes from those released on the cd version in 2008.