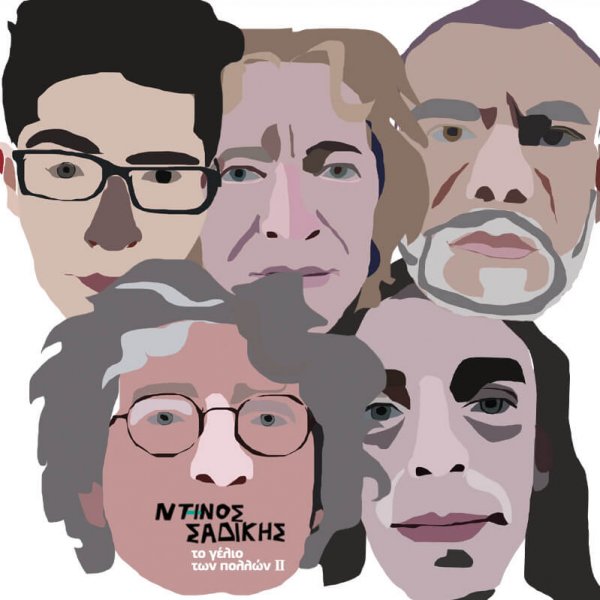 Brand new release from En Plo’s lead singer and founding member Dinos Sadikis and his band. “To gelio ton polon II”  is a 2014 re-recording of the self-titled 2005 album by Sadikis, released then only on CD, issued now by Labyrinth of Thoughts on a limited edition vinyl of 400 copies.

Instead of the electronica based sound of the original recording, the new version brings up the dual guitar attack of Sadikis’ current band that recalls En Plo’s aggressive, fully electrical psych/noise aesthetics, actually a much more rewarding approach for Sadikis’ top notch compositions. Recorded live at the Royal Alzheimer Hall, with 2 brand new tracks added to the original recordings, among them “Lamarines”, a song penned by Stefanos Kanellis, member of the Black Pans, a band that preceded En Plo back in 1984.